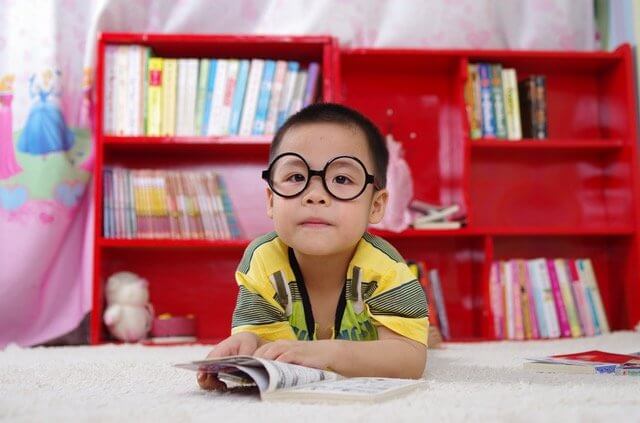 Today, learning English is essential for children and young people: it is not just an important school subject and an essential language for communicating abroad, but the key to accessing many of their favorite activities. In fact, English is the language of the internet, of video games, and of social networks and YouTubers, and the most loved music by children.

Keep reading this article to find out how children can learn English in a natural and fun way at www.spellquiz.com and with what surprising benefits.

So why do some pediatricians and speech therapists advise against teaching a second language before the age of 3-4? According to them, it would slow down the learning of the former; however, although in some cases it happens that the bilingual child starts speaking after a few months compared to his peers when he starts, he speaks two languages ​​at the same time, without any difficulty.

From 0 to 6 months, babies can learn two different languages ​​as easily as one, exactly as they learn to walk, through experience. Therefore, there is no need to worry that learning two languages ​​can be confusing because their brains are flexible, and the cognitive ability that comes from bilingualism is just one of the surprising benefits.

All the benefits of English for children

Improved Flexibility- When a bilingual child starts learning English as a second language, he activates one of the two languages ​​to communicate; in the brain, competition for this choice stimulates activity and flexibility (natural at that age) that help strengthen cognitive tissue.

Problem-solving ability– According to a recent study, bilingual children are naturally better at solving puzzles. For example, in the division of objects by shape and color, monolingual children begin to have difficulties when the second character is introduced into the activity. These results would indicate that the experience of bilingualism improves brain capacity, increasing skills and competencies related to problem-solving or memorization of actions.

Better information processing ability- Young people who know two languages ​​get higher results in tests that measure concentration because, when the brain is trained thanks to the passage from one language to another, it is able to select and remember the most important information better.

In an increasingly globalized and connected world, children who grow up learning two languages breathe a culturally more open environment and develop creative thinking more markedly than their monolingual peers. As a parent, it’s your responsibility to conduct regular dictation test for your children to teach English.

How can a child grow up bilingual?

First, the most trivial answer is that a child can grow up bilingual when the parents have two different mother tongues or are bilingual themselves. In this case, games, meals, baths, and all routine activities represent precious opportunities to learn new words at http://www.spellquiz.com simply by listening to their sound.

According to a study,” the language skills of children aged 0 to 3 develop extremely quickly, thanks to their ability to absorb any word or sound they hear.”

To stimulate children to use these new terms, one must never tire of repeating them, even hundreds of times, preferably in the context of a sentence that helps them understand their meaning. If a word is mispronounced or is not pronounced at all, there is no need to correct or force the child. Indeed, it is much better to always encourage him with a practical example.

It may also be helpful to repeat the child’s words, adding something, to help construct more articulated sentences. For example, if to ask for more water in the glass he says “more,” mum and dad can say “more water” (in the case of English, the example will be “more” and “more water”) and repeat the sentence more times while pouring the water.

If you start using mixed words from both languages ​​within the same sentence, this is a sign that your language skills are consolidating; no alarm bells; therefore, the child is not confused, quite the contrary!

When parents are not bilingual, English courses for children can provide an even more effective stimulus – already from the first weeks of life – because they are offered by training and learning professionals. As we have already said, in fact, the brains of children up to the age of three are predisposed to learning English as a second language because it is in the most flexible phase.

Contrary to what one might think, children do not perceive pressure because it is not a school activity, but simply to absorb sounds and get used to accents and cadences while acquiring other skills, such as counting, or social skills, playing with other peers.

No, children can learn two languages simultaneously, with the same simplicity with which they naturally learn only one. If they confuse the two languages ​​in the same sentence, it is quite possible that as they grow up, they will be able to distinguish them, articulating the sentences correctly.

Furthermore, bilingual children and teens develop greater metalinguistic awareness, the ability to reflect on the nature of language in a conscious way, manipulating its structural characteristics and treating it as an object of thought. This is a breakthrough in general information-processing skills that occurs between 4 and 6 years of age.